During the desert years (don’t ask and I won’t tell) one of the questions I struggled with was the concept of reincarnation.  A deeply religious man walked the road with me, and we once discussed reincarnation and the exclusivity of a Christian heaven where only those washed “in the blood of Christ” will have penthouse suites. According to the New Testament all the infidels are going straight into the seven circles of hell in a handcart in painful and horrible ways.

Professor da Silva died many years ago of the Big C.  In his opinion reincarnation is not a loony tunes concept.  He was also of the view that we’ll be surprised who we’ll find on the other side amongst the saved and blessed. Christians, Jews, Muslims, Atheists and maybe even Vegans at a stretch -  as it is after all for God and not man to judge.

I since realized that reincarnation is an undisputable fact. I’ve been reincarnated many times in the past forty years. I know the person I was say fifteen or twenty-five years ago is truly dead. Too many things changed, in my inner life, in my belief systems and the history of this beautiful country for me  to have remained the same person. 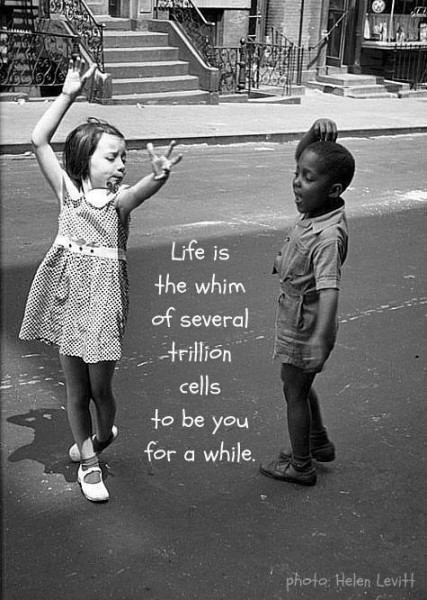 And when the last of my earthly reincarnations shuffles of the mortal coil what remains will be absorbed into the universe. It will become a microbe, a cell, maybe part of a Parktown Prawn, a fucking radioactive rat in a post-apocalyptic new world, whatever.

In a darkened movie theatre on a Saturday afternoon not so long ago watching “Searching for Sugarman” I stumbled into a time-warp, into a previous life.

“Sugarman” is a wonderful film about the American muso Sixto Rodriquez “the greatest rock icon that never was”.  Rodriquez recorded two albums “Cold Fact” and “Coming from Reality” (released as “After the Fact in South Africa) in the early seventies. The albums didn’t sell in major world markets, Rodriquez was dropped by his record label and he faded into obscurity……

….except in South Africa where somehow “Cold Fact” surfaced and have since become part of a country’s history. People like me, born in the mid to late fifties  suffered from raging hormones and left school, and were conscripted into the army  at a time when Rodriquez songs like “Sugarman“, “Crucify you Mind” and the daring “I Wonder” were played over and over again in steamy bedrooms, disco’s, parties, and at jols.

And then there were the legends about Rodriquez, that he was dead, that he committed suicide by setting fire to himself on stage. He was a shadowy figure that kept slipping out of sight of our consciousness and also of those serious music researchers trying to establish what happened to him.

By accident it was discovered that he was alive in the late nineties, working construction in Detroit.  He had no idea of his cult status and the fact that he was “bigger than Elvis” in South Africa. This story is told in “Searching for Sugarman”

The bootlegs of “Cold Fact’ was doing the rounds in the early seventies in Serf Efrica, and that was a definitely a previous life as far as I’m concerned.  I believed, for instance, that women had stars and not nipples on their bountiful breasts. What a wonderful   surprise it was when I discovered the REAL THING WHOOP-WHOOP first-hand (hah pun intended) – I lie - I saw the true beauty of womanhood au naturel on the centerfold of some illicit Playboy magazine long before discovering THE REAL THING.

This was during a time South Africa where Apartheid reigned supreme and most youngsters of my generation were conscripted for military training. The only option was to skip the country if you could. I was too stupid for that and ended up doing a stint in the Caprivi Strip of the then South–West Africa. Nothing happened. It was before the real shit started. No one got shot, maimed or blown up. But during that time I realized how bizarre and unjust the whole concept of Apartheid was. I thank the god of my understanding that I never voted for the fuckers responsible.

“Searching for Sugarman” jerked me back to a life-time when the most draconian censorship laws were enforced to keep the minds and souls of the youth safe from the fucking devil and his communist cohorts.

The National Party even viewed television as a threat to the Afrikaner Volk.  They believed TV would give undue prominence to English. Dear Albert Hertzog, then Minister of Posts and Telegraphs said that TV will come to the country “over his dead body” and he argued that; “South Africa will have to import films showing race mixing; and advertising would make Africans (non-whites) dissatisfied with their lot” regarding it as “the devil’s own box, for disseminating communism and immorality”  (Wiki)

Prime Minister Hendrik Verwoerd, compared it to atom bombs and poison gas. “They are modern things, but that does not mean that they are desirable. The government has to watch for any dangers to the people, both spiritual and physical”

What Verwoerd didn’t realise was that the checks and balances of life’s turning wheels works in very strange ways. He died after a schizophrenic, Dimitri Tsafendas, who believed that he had a speaking giant tapeworm living in his intestines, stabbed Verwoerd in Parliament.  Verwoerd thus joined his mates, Hitler, Saddam, Pol Pot and many others in that special half acre of hell reserved for them.

Each Friday the Government Gazette published the banned list of the week – all kinds of stuff, literature, music, bill-board posters, naked rabbits whatever. Saturday nights we’ll listen to the LM Hit Parade broadcasted from the then Lourenco Marques (now Maputo) and sometimes songs banned on Friday appeared in the Top Twenty Hit Parade on the Saturday. “Sugarman” was banned because of its reference to drug use. “I Wonder” because of it reference to fornication. Pink Floyd’s “Another Brick in the Wall” was banned because it incited the black hordes to rise up against the education system. “Spanish Train’ of Chris de Burgh was banned because it referred to God and the Devil playing poker with souls of the dead. Classic literature like Harper Lee’s  “To Kill a Mockingbird” and Nabokov’s “Lolita” were also verboten. Even poor Dr. Frank-N-Furter didn’t last long – the movie version was banned about a week after it started showing in theaters. Luckily I saw it in that week. The list went on and on. I do many things badly – like playing the guitar, and I played this song lots of times together with all the other protest songs, such as Dylan’s “The Time They Are a Changing” and “Military Madness” of Steven Stills.

We are old men now or at least ‘seniors”–  oh I hate that word - me, myself & I, Dylan, Leonard Cohen,  Sixto Roderiquez, Stills, Keef Richards - but we’re still rocking even after we’ve been reincarnated many times. We are survivors.  And I live my life to the to the lyrics of Herr Zimmerman’s “My Back Pages” – “Ah, but I was so much older then, I’m younger than that now”

In “Searching for Sugarman” Rodriquez is hardly shown in the first part of the movie. Then he’s filmed appearing live in concert in Cape Town in 1998. The crowd went wild, cheering for a long time with Rodriquez looking totally bemused. It must have been such a magical moment for an artist who never knew fame and the audience discovering a mythical part of the fabric of their shared history alive and in the flesh.

I didn’t see that concert but the scene in the movie reached out and touched me in a very special place. I felt the tears streaming down my cheeks. It jerked me back forty years in an instant, when the world was still young, full of possibilities and I thought I was immortal.

Rodriguez will be appearing live in Jozi in February next year and I have already booked my tickets.