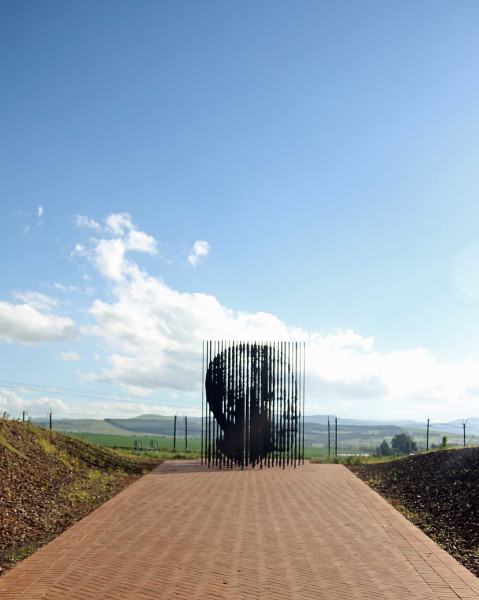 A great photograph can capture a moment in time, a majestic space, and may even move your soul - but it’s a one-dimensional art form. It cannot encapsulate the experience of being at one with a magical place in an almost fifth dimensional way.

On a whistle-stop business trip earlier in the week through the KwaZulu Natal midlands I made a quick detour to the piece of road outside Howick where Nelson Mandela was captured on 5 August 1962.

I’ve seen a number of photographs of the Marco Cianfanelli sculpture unveiled last year at the place now known as “The Capture Site”. Meeting Mandela up close and personal against the backdrop of green rolling hills was an almost spiritual experience

Here, a half century ago, police flagged down the car in which Madiba was driving, disguised as a chauffeur.  He’s been on the run from the apartheid regime for 17 months.  He just paid a clandestine visit to ANC President Albert Luthuli, who became Africa’s first Nobel Peace Prize Laureate in 1960.

At the Rivonia Treason Trial, while facing a strong possibility of the death sentence, he concluded -

“During my lifetime I have dedicated myself to this struggle of the African people. I have fought against white domination, and I have fought against black domination. I have cherished the ideal of a democratic and free society in which all persons live together in harmony and with equal opportunities. It is an ideal which I hope to live for and to achieve. But if needs be, it is an ideal for which I am prepared to die.”

So started his Long Road to Freedom – Nelson Rolihlahla Mandela disappeared for 27 years, becoming a spectre, but also the conscience and catalyst of a nation struggling to do what is just and right for all the citizens of this beautiful country.

The miracle of Madiba and his legacy will always be weaved like a golden thread through the fabric of South Africa’s new democracy - He will always be Tsiamelo, “The Place of Goodness” no matter what mistakes we make.

Tsiamelo was the inscription on the original monument erected at the capture site in 1996.

On the 50th anniversary of his arrest Marco Cianfanelli's extraordinary sculpture was unveiled here. It comprises of 50 steel columns - each between 6 and 10 meters tall. It is by far the most beautiful sculpture I’ve ever seen, not only because of the man it honours but the utter magic of the work itself.

The approach to the site, designed by architect Jeremy Rose, leads one down a gently sloping pathway towards the sculpture. As I walked down the path I saw a cluster of steel columns in the distance. Eventually, like an optical illusion, slowly the image of Madiba looking west emerged almost by magic from the tall steel columns.

It comes into perfect focus at a simple stone in the pathway inscribed: 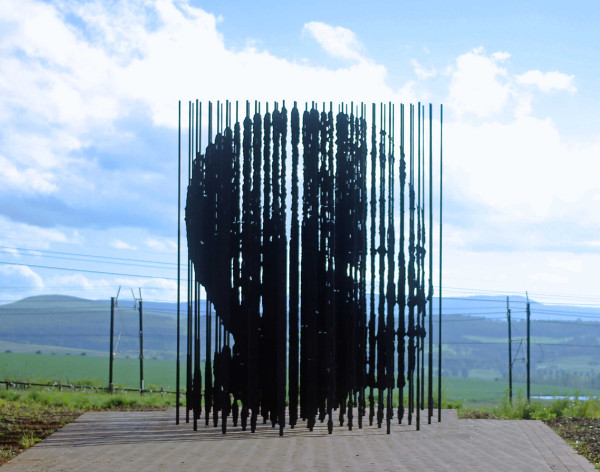 "The 50 columns represent the 50 years since his capture, but they also suggest the idea of many making the whole; of solidarity.

It points to an irony, as the political act of Mandela's incarceration cemented his status as an icon of struggle, which helped ferment the groundswell of resistance, solidarity and uprising, bringing about political change and democracy."

I’ve never met Madiba. I won’t ever meet him. I know he is not a god, or a messiah, but a very special human being who irrevocably changed my life. He’s an old man now, in the deep twilight of life. My wish is that he’ll be left in peace with those close to his heart so that his passing won’t become a cheap media circus. I photographed the sculpture – then walked in between the columns and looked up at the sky – “Sweet Freedom” under African Sky Blue. As all South Africans and many others his deep humanity and above all his gracious act of forgiveness of the sins of the fathers allowed us to move forward on The Long Road.

I walked away up the path with a sense of renewal. I picked a small piece of succulent from one of the bushes growing next to the road and brought it to Jozi. I planted it in a small pot when I got home. It’s only a couple of fat green leaves and a little white flower. I hope it takes; the chances are good because succulents are hardy and resilient plants which survive under extreme conditions.

It’s like South Africans – a resilient people at the most Southern tip of the continent. We will grow this country, slowly but surely into a beautiful, beautiful place as a legacy to a truly great man.
Collapse